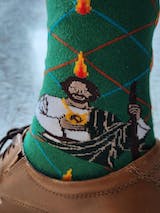 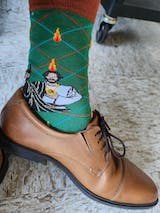 My Patron Saint, finally. Thank you.

Love them. Always been one of my favorite saints so I'm happy to be able to get these. Very comfortable too.

Click below for details on sock, t-shirt, sweatshirt, and onesie sizing.